Skip to content
Home
|
Diesel Fuel in a Gasoline Motor

What happens to your car if you accidentally put diesel fuel in a gasoline motor? The diesel gas can cause catastrophic failure to the fuel injection system (fuel pump, fuel pump module, fuel pressure regulators and fuel injectors) and to the various catalytic converters (different cars have one to four of these).  The damage depends on HOW MUCH or what percentage of diesel fuel gets mixed into your regular ethanol gasoline and how far the car is driven under mixed fuel conditions.  If you are ever at the pump and realize that you have mistakenly added the wrong fuel, we advise pulling away from the pump, parking your car and having it towed to a shop where the fuel can be completely drained and replaced. A tow bill and tank cleaning is much cheaper than taking the chance of ruining any or all of the components previously listed.

We have recently seen several cars that were driven in after stalling and developing poor running conditions because of diesel fuel contamination. The vehicle in the clip below was towed in and would not start or run after a gas fill up.  This clue led us in the right direction.  After introducing an outside known good fuel source, the car started running and immediately showed the excessive exhaust emissions in the video; this smoke is the unburned hydrocarbons/diesel fuel.  The customer never realized he had used the wrong fuel in the first place. Fortunately, this car only needed a fuel tank drain and fuel system cleaning/purge to run well again.

Additional note: Gas stations are now offering E85, a high-alcohol content fuel for FLEX FUEL vehicles only.  Do not contaminate a regular gasoline system with this fuel either!! 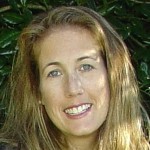